I love teaching an ocean theme. It doesn’t seem to matter the age, nearly every child I’ve every worked with has had some interest in learning about the ocean. For my son Kent, who just turned two, this means some small world play. 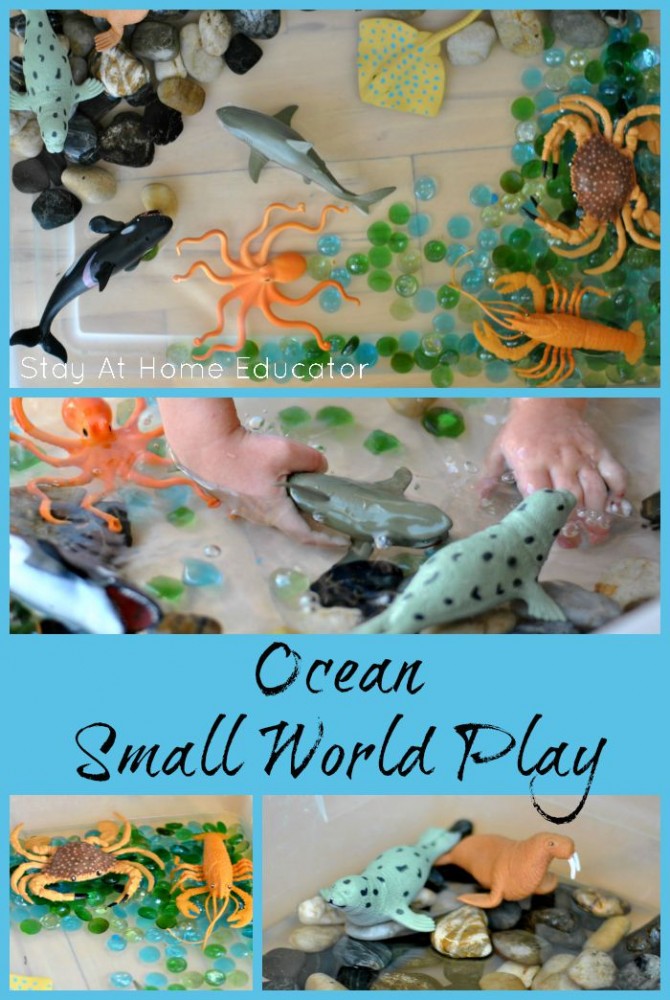 Pour the glass floral gems in one end of the sensory tub, and the natural floral rocks in the other. I arranged the black and brown rocks to feel like land, and the green and blue floral gems to feel like underwater structures. Then I added about two inches of water and the ocean animal toys. 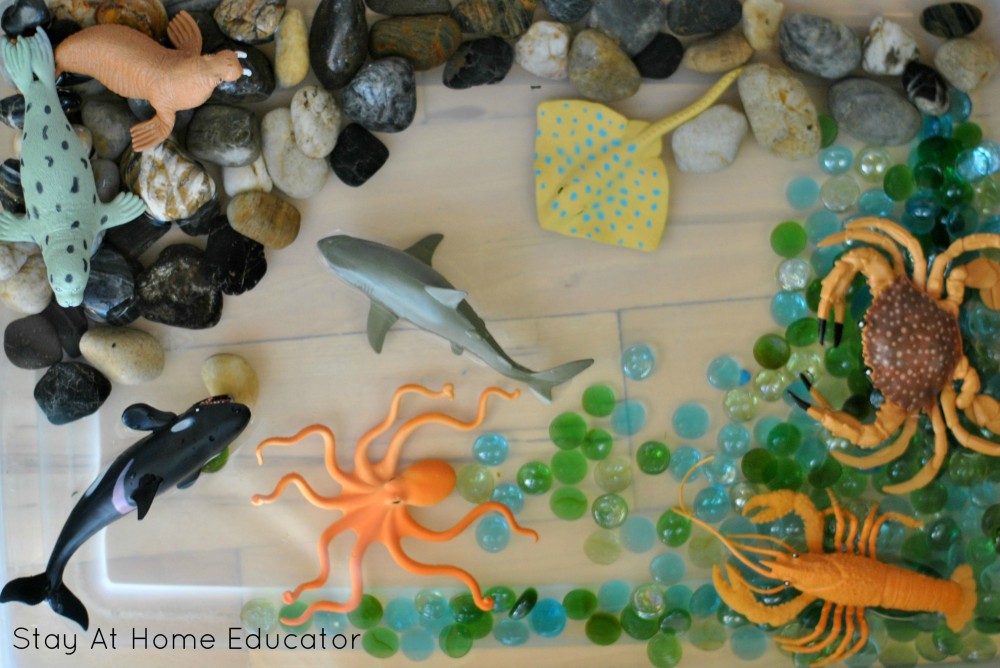 Kent was immediately drawn to the ocean small world. Given his age, I supervised him closely due to the floral gems being chokable and given the water.

And being the boy he is, Kent was immediately drawn to the shark, which quickly began growing and eating the other animals in the small world. 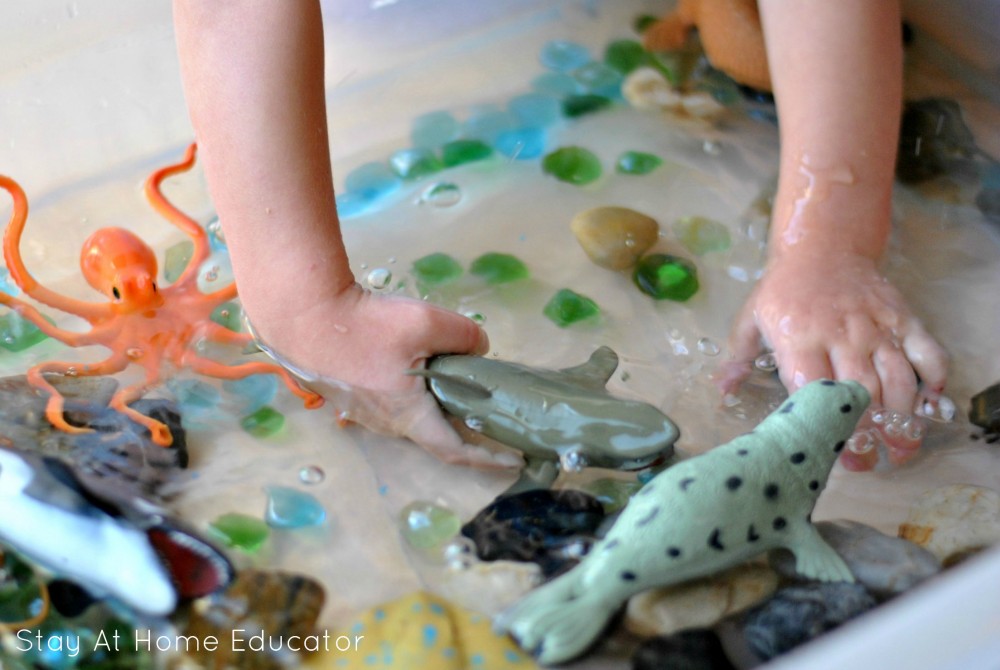 After allowing Kent some time to play, I did challenge him to find specific animals in the small world. He is still unfamiliar with most, but when I told him the name of each animal he willingly repeated it.

There was plenty of splashing, and more of the shark eating other animals, perhaps due to the book we checked out from the library called A Hole in the Bottom of the Sea [With Audio CD] which we read several times and also came with an animated version of the book we watched on the computer.

This small world is simple. You probably have everything on hand you need to create this small world. For a toddler, like my son, this it is the perfect small world to playfully reinforce concepts he is learning about the ocean.

Other ocean books we read

Don’t forget to check out all the other A-Z small worlds from the beginning of the alphabet to the end! Click on the photo below to be taking to the landing page with the entire collection! 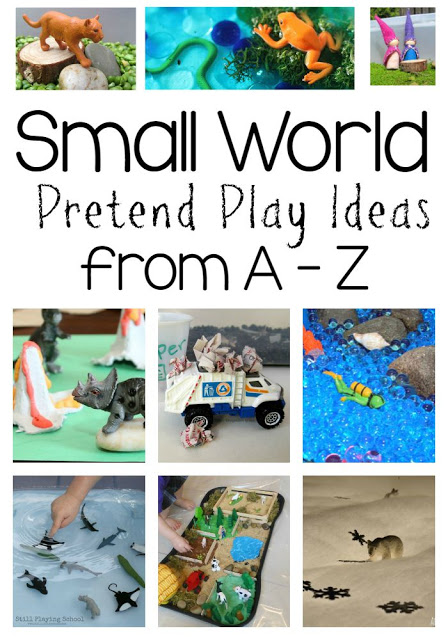