It is estimated that children from newborn age through seventeen years spend between 3% and 20% of the day playing, and all children play, with the exception of those who are severely deprived, malnourished, or severely disabled. There are so many benefits of play.

But what exactly is play and why is it so important that every child is wired to do it? 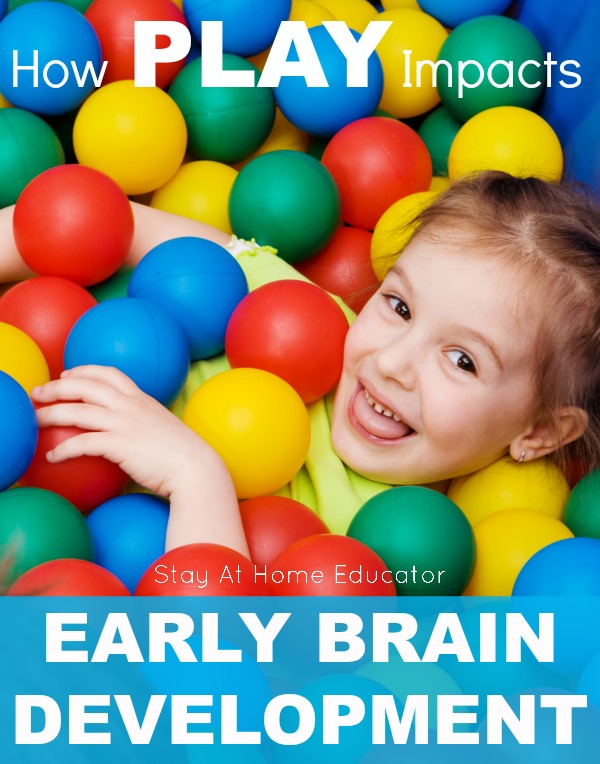 It hasn’t always been the case, but research now supports our parenting instincts about play. In fact, as the decades pass, the research only gets stronger and scientists are now encouraging both parents and educators to allow more and more play opportunities than ever before.

The reason for this change?

Scientists have established resounding evidence that playful behavior has very powerful and positive effects on the brain. So powerful, indeed, that the amount of play a child does has an effect on a child’s ability to learn.

That’s right. Play, which was once considered nonsensical and without purpose, is now known to be necessary for learning, a very sensical and purposeful act.

The Webster’s Desk Dictionary of English Language sites over thirty meanings of play.  A common definition used among childhood experts is “an activity done for it’s own sake, characterized by means rather than ends (the process is more important than any endpoint or goal).”  NAEYC sites these supplements to such a definition:

In 1964, Dr. Marion Diamond of the University of California, Berkely, and her colleagues published a compelling paper about brain growth in rats. It was a lengthy and landmark experiment in brain development, where rats were raised from birth through adulthood in two circumstances, one of boring, solitary confinement and another of exciting, toy-filled colonies with other rats.

When researchers examined the rats’ brains, they discovered very important fact that began a new movement on how parents and educators approach early childhood.

Follow-up research confirmed the results again and again. Rats who were allowed to play, (read who lived in stimulating environments), had bigger brains and were smarter. They were faster to learn cause and effect and faster at finding their way through mazes.

Now, it’s not exactly ethical to do this kind of research on humans, but animal scientists have conducted other research that supports this.

Because even animals play.

Many animals engage in social play. And that makes a lot of sense. Play in humans is often a social activity. Animals like cats, dogs, bears, tigers and even some bird will play. Magpies will snap at one another and pull each other to the ground in a rough-housing play much like two puppies nipping and wrestling. Scientists used to think that this kind of wrestling in young animals was practice in hunting skills, but research in the last decade suggests otherwise. Adult cats, for example, have no trouble hunting and catching a mouse even when they have been deprived of play as kittens.

This leads us to ask why animals play? Researcher Jaak Panksepp of Washington State University has come to believe play is not about practicing hunting skills, but rather to build the brain socially: “The function of play is to build pro-social brains, social brains that know how to interact with others in positive ways,” Panksepp says.

Panksepp has studied play in rats. That’s right. Rats play. And they even “laugh”, according to Panksepp. And his research only supports that of Marion Diamond. When rats are young, play literally changes the brain by initiating lasting changes in the prefrontal cortex.

The Big Deal About a Big Brain

So, play impacts the brain by causing the prefrontal cortex to become bigger and faster. “The experience of play changes the connections of the neurons at the front end of your brain,” says Sergio Pellis, a researcher at the University of Lethbridge in Alberta, Canada. “And without play experience, those neurons aren’t changed,” he says.

This is important because the prefrontal cortex is the brain’s executive control center. That’s where the brain regulates emotions, makes plans, and solve problems. So, scientists confirm that play is essential to healthy (and maybe even exceptional) brain development.

But Here’s the Kicker

Not just any play will suffice. To make the most of early brain development, researchers say that kids need what is called “free-play”. As Pellis says,

No coaches, no umpires, no rule books…Whether it’s rough-and-tumble play or two kids deciding to build a sand castle together, the kids themselves have to negotiate, well, what are we going to do in this game? What are the rules we are going to follow?

By engaging in free-play, and a lot of it, the brain builds new circuits in the prefrontal cortex to help it navigate these complex social interactions.

But, the key here is unstructured and free play. This cannot be replaced by guided play where teachers have imposed rules or a physical education class where the children play a game of basketball. This is because for play to have the impact on brain development as stated above, the act of playing must truly be playful. 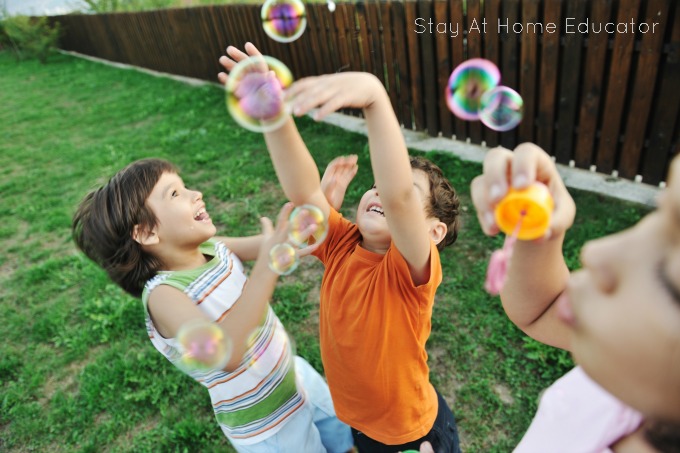 But how much play is needed? As it would turn out, not very much to see significant changes. In Pansepp’s research, he noted that of the 1,200 genes that were measured, approximately 1/3 of them were significantly changed by having only half an hour of play each day for a period of time.

Again, this research has only taken place in rats and other animals, and that doesn’t exactly mean that play has the exact same effect on human brains, but there is good reason to believe it does.

Pellis also notes that one of the greatest added benefits of play is that with increased play children almost immediately start to get better grades. One study found that one of the best predictors of academic achievement in the eighth grade was a child’s social skills in the third grade.

Remember, play increases the size of the prefrontal cortex, meaning that the brain is more efficient at making plans, solving problems, and regulating and identifying emotions, all things required for social successful social interactions.

Another hint that play matters is that countries who achieve higher academically, like Sweeden, Finland, China, and Japan, have more play built into their school days, whether it be brief breaks of 10 minutes or lengthy play times of 30 minutes or more.

Since so much brain development takes place in the earliest years of life, it is obvious that parents and young childhood educators can play a very integral role in helping their child’s/students’ brains develop to full capacity.

Play has both immediate and long-term benefits.

More of our favorite open-ended toys

The Cognitive Benefits of Play by Gwen Dewar, Ph.D.

Are you looking for more play ideas?

Check out this awesome blog hop! Click on the image below. 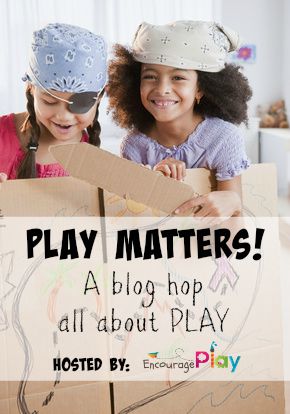 stayathomeeducator.com/
« It’s A Zoo! A Counting and Graphing Game for Preschoolers
7 Tips for Reading Chapter Books to Preschoolers »