Preschoolers learn how to build the longest wall in this STEM activity in our Around the World preschool theme. But they run into this problem: How do you build long and not tall? 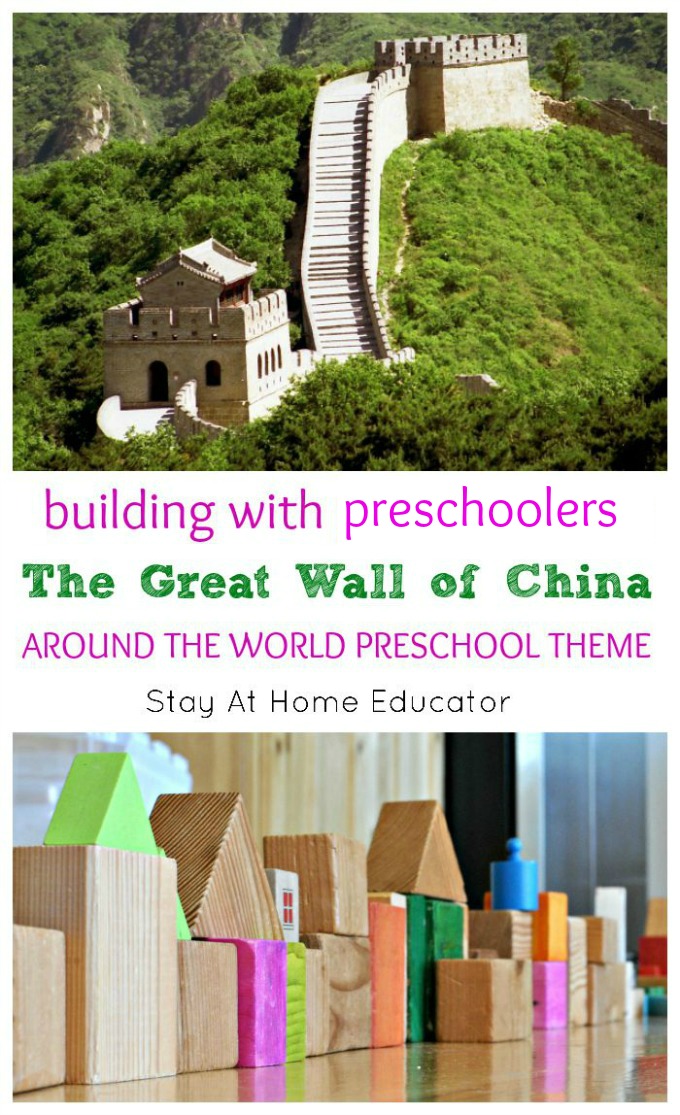 As part of our Around the World preschool theme, my preschoolers made an attempt tp build the longest wall they possibly could with our set of wooden blocks. This task wasn’t quite as easy as it sounds.

With six preschoolers with their own ideas working on one project with no direction from their teacher, there was bound to be some obstacles.

Naturally, the preschoolers wanted to build up. Tall and high. This seems to be the first step children take in block play. Don’t we always want to build towers? Don’t our pediatricians ask if our children can stack blocks as a means of identifying if developmental milestones have been reached?

But the Great Wall of China may not be the tallest wall in the world, but it is one of the longest.

So, to build our own longest wall, my preschoolers had to work together and shift their thinking.

First, the preschoolers began working on their own wall, rather than building together. When they ran out of blocks, they took a step back and realized they had made a series of towers, rather than a wall.

Soon, a few preschoolers took some of their pieces and connected the towers so they then had a wall.

But it was not the longest wall. And that was our goal. 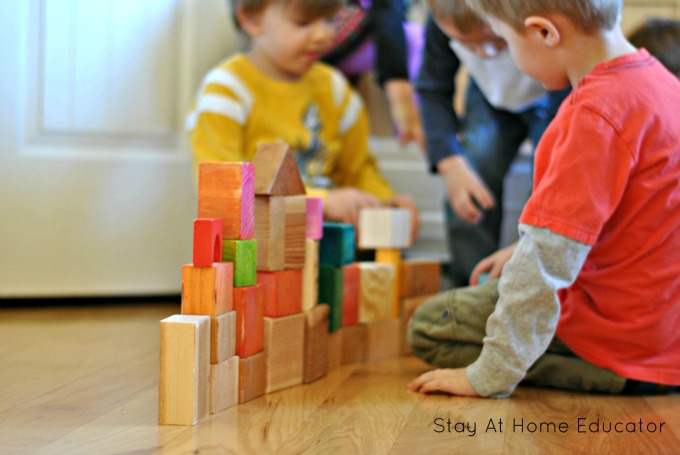 So we had to figure out how to make the wall longer, and of course, some of the preschoolers recommended adding more blocks. But where could we get more blocks? The bin was empty.

This is where I stepped in as a teacher. I asked the students to describe their wall to me. I asked them, “Is our wall tall or long?” followed by, “It sounds like our wall is taller than it is long. How can we use the blocks we have to make it longer?”

So, I backtracked a bit and we talked about making our paper cup pyramids. Initially, in that activity, my preschoolers ended up with walls, rather than pyramids, so they have to remove some from the base to add to the top, thus making a pyramid. I explained how with our wall we have the opposite problem.

“Our wall is too high, so we have to take some from the top and add it to the bottom to make it longer!” One preschooler literally shouted as he made the connection.

Now, it’s a little difficult to get a picture of a block wall that runs over thirty feet long. (Yes, we measured it.) But you can imagine what it must have looked like, and my preschoolers were reluctant to pick it up.

STEM activities don’t have to be elaborate. Even the most simple activities, such as building the longest wall or the tallest pyramid can have a huge impact and be a great preschool lesson.

And after we finished our Great Wall of China made of blocks, we stamped our passports again and continued on our journey around the world.

stayathomeeducator.com/
« Around the World Show and Tell
Initial Sound Letter Cross Out »