Looking for a way to make your Arctic Theme lesson plans for preschoolers a little easier? Then you’ve come to the right place! Here are six Arctic theme printables for preschoolers that can be used for preschool centers, circle time, or small group activities.

***Be sure to grab your arctic theme printables at the end of this post!*** 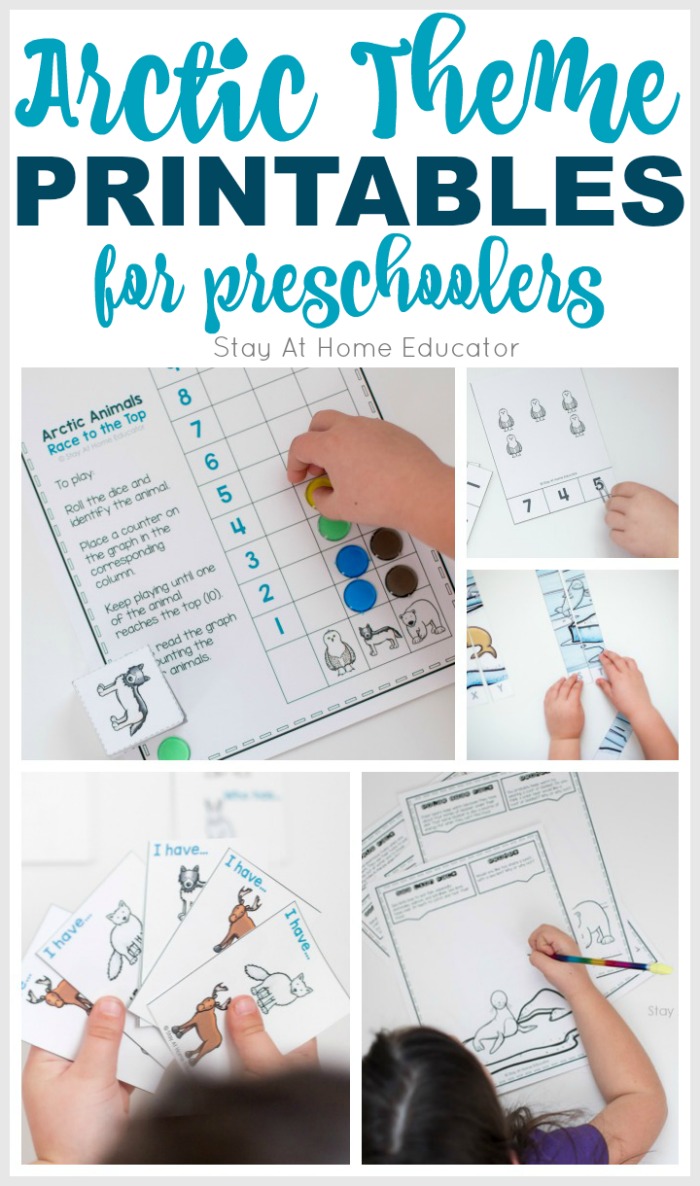 Winter time is always a good time to study arctic animals in preschool.

That said, one year in August when the heat of our dry climate was simply unbearable, we did an arctic preschool theme then, too.

We’ve also done an ocean theme in January to get away from the dreary and gray cold inversion that sometimes settles into our valley. One year we had six weeks of gray skies with no breakthrough from the sun, so we used an ocean theme to transport us to the sunny and warm beach.

My preschoolers were delighted, and might I add that our pretend play was at it’s best!

Whatever your timing or reasoning, these six Arctic theme printables are a fun addition to your preschool lesson plans.

With minimal prep work, you can quickly add these arctic printables to your circle time lessons, preschool centers, or just some arctic theme independent work!

These six arctic theme activities consist of three letter activities and three math activities. You only need a few extra materials that I’m sure you already have on hand.

Preschoolers learn random trivia facts about different arctic animals. Then, they are prompted with a question. they can draw a picture of their answer and dictate their response to an adult, or older preschoolers can attempt their own writing with letter-like shapes and lines. 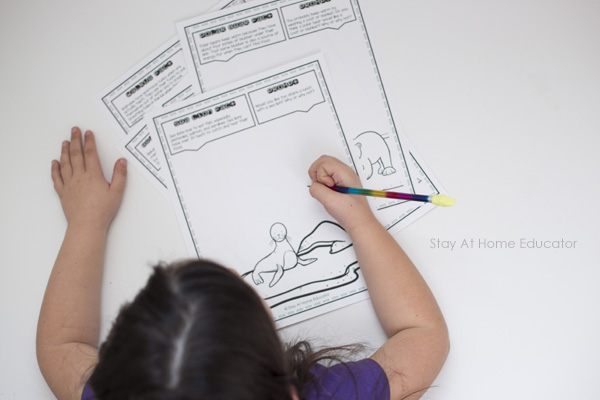 I love doing activities like this first as a circle time lesson, and then add the writing prompts to the writing center.

Preschoolers practice visual discrimination and graphing skills as they roll a die with an arctic animal on it and then graph the results. It’s a race to the top! Preschoolers can race against another student with the same game or they can play independently. Either way, preschoolers get familiar with graphing in a chilly arctic theme printable. 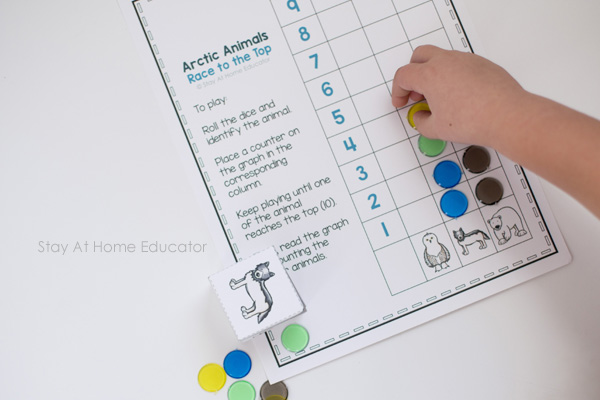 This activity has three different versions!

My boys love the version with the arctic hare because they make a “boing” sound effect each time the hare gets another counter in its column.

Arctic Printable #3 – Arctic Animals “I Have, Who Has” Card Game

A game of “I Have, Who Has” is a fun way to introduce and practice new polar vocabulary. Preschoolers are introduced to twelve different arctic animals through this game.

The play is simple. Players take turns reading their cards while the other players help make matches. For example,

I have a walrus. Who has the arctic owl? 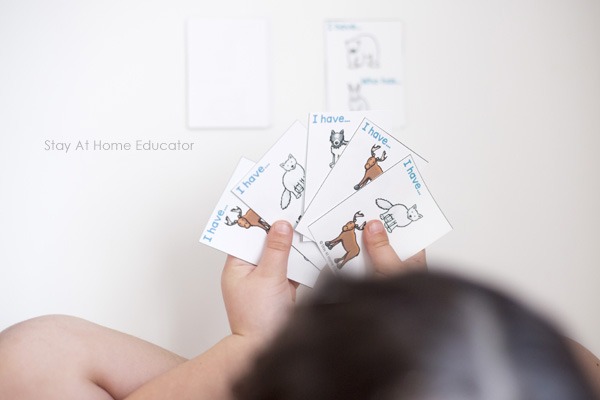 My little boys enjoyed collecting “their favorite” animals. Make two copies of this game to play with several preschoolers at once. It’s another arctic theme printable that makes a fun circle time activity.

Preschoolers practice counting arctic animals as they also work on fine motor skills! Preschoolers count the animals on each card and then select the right number from a set of options on the card. Having these options helps the preschooler practice number identification skills, too! 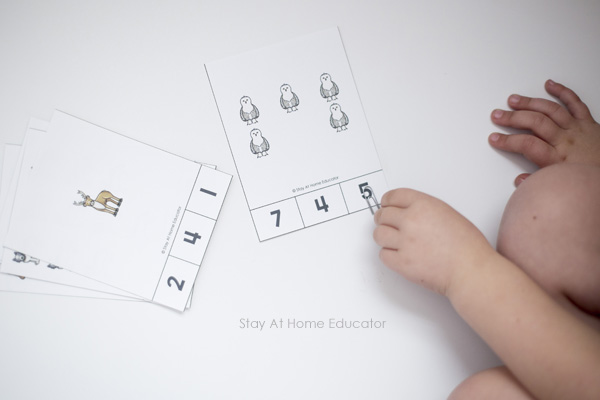 And, these counting clip cards go all the way to twenty!

You can use a paper clip, baggie clip, or clothespin to clip the answer on these cards.

Preschoolers get to show off (or practice) their letter knowledge with this arctic theme alphabet path game. The game can be played with a single player, or as partners. Players roll the dice and move their game piece the corresponding number, and then identify the letter or sound they landed on. 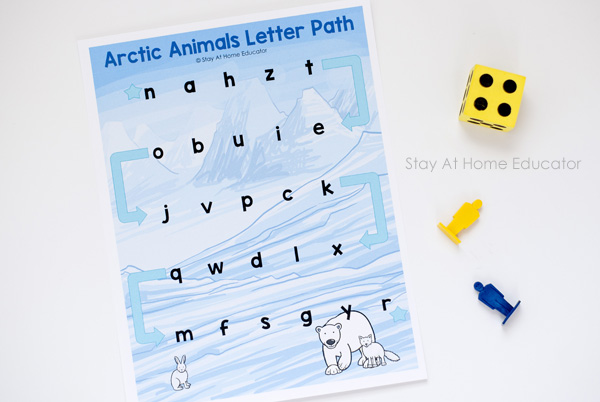 I played this alphabet game a few times with my little boys before leaving it in the literacy center.

Preschoolers practice alphabetical order, letter identification, and logic skills with these letter puzzles! Each puzzle is cut into eight strips and your preschooler puts the puzzle back together by following the letter order of the alphabet. If your preschooler gets stuck, she can use the puzzle picture to verify if a proper match has been made. 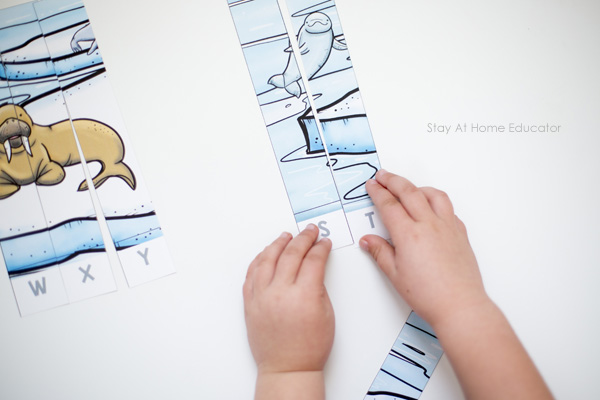 There are four versions of these puzzles. Each puzzle starts in a different place in the alphabet, making them the right kind of challenge for older preschoolers. It’s like “counting on”, but with letters instead of numbers!

Get Your Arctic Theme Printables Here!

Think these printables would fit in well with your arctic theme lesson plans? Just click the image or the link below to grab them. 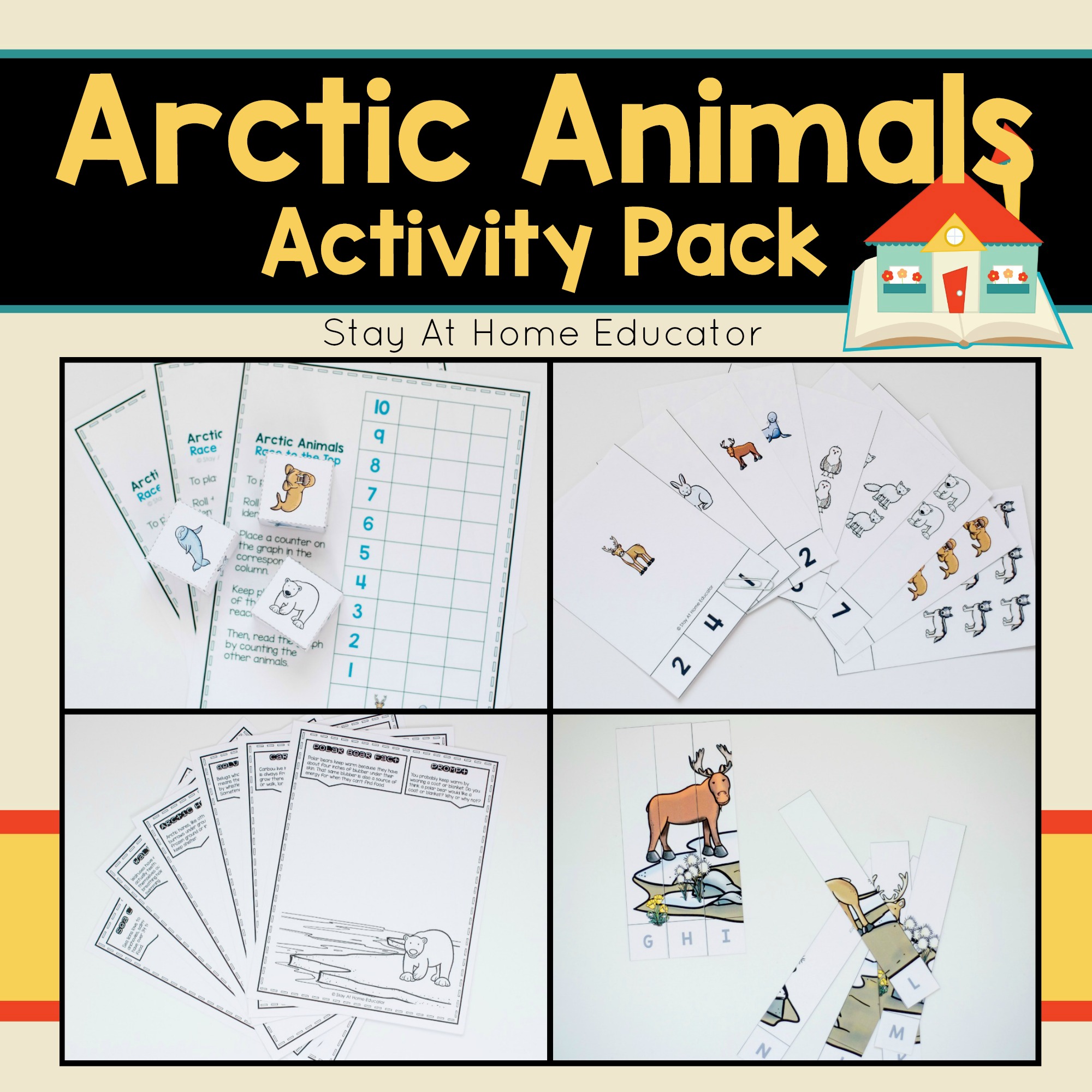 You will also like these arctic theme activities, too! 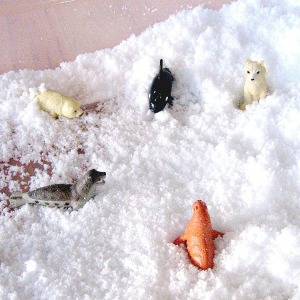 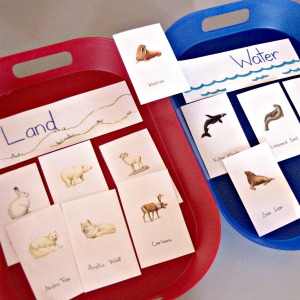