I have spent a fair amount of time teaching the letter names and sounds to William.  But I stressed more the name, rather than the sound.  This is because by learning letter names he was also hearing the sounds (of most letters).

However, recently when I ask William to do something, he’ll reply by saying something silly by manipulating the sounds of what I’d just said.  For example, if I say to William, “Let’s go upstairs and brush your teeth,” he might respond with something like, “You go upstairs and frush your feeth.”  Frush and feeth are what educators call nonsense words, but the way William manipulated the original words to make up his own silly words show he is ready for some very basic and simple phonemic awareness practice and possibly some basic phonics.

So, I came up with this object to sound matching activity and was quite surprised at William’s performance.

Supplies needed are some sort of letter manipulative, such as cards, tiles, ect., and some toys your child is very familiar with.  I chose to use William’s plastic farm animals. 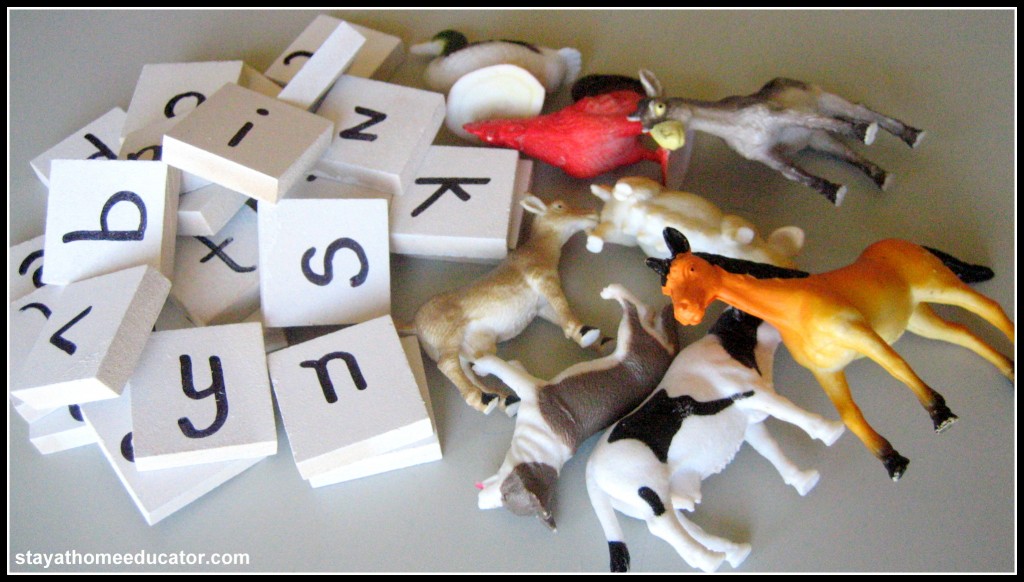 I began by asking William to choose and animal and place it on the work mat.  I asked him to name the animal.

Older children (perhaps six years or older) can easily look through the entire alphabet and pick out which of the twenty-six letters is at the beginning of the word “rooster”.  However, William looses interests when the entire alphabet is staring up at him.  Plus, William just turned three so despite the fact he knows nearly all his letter names and sounds, associating sounds with words/objects (in this case a farm animal) could still prove to be very difficult.  This is how I came to the choice to keep it simple by only giving William two letter options from which to choose. 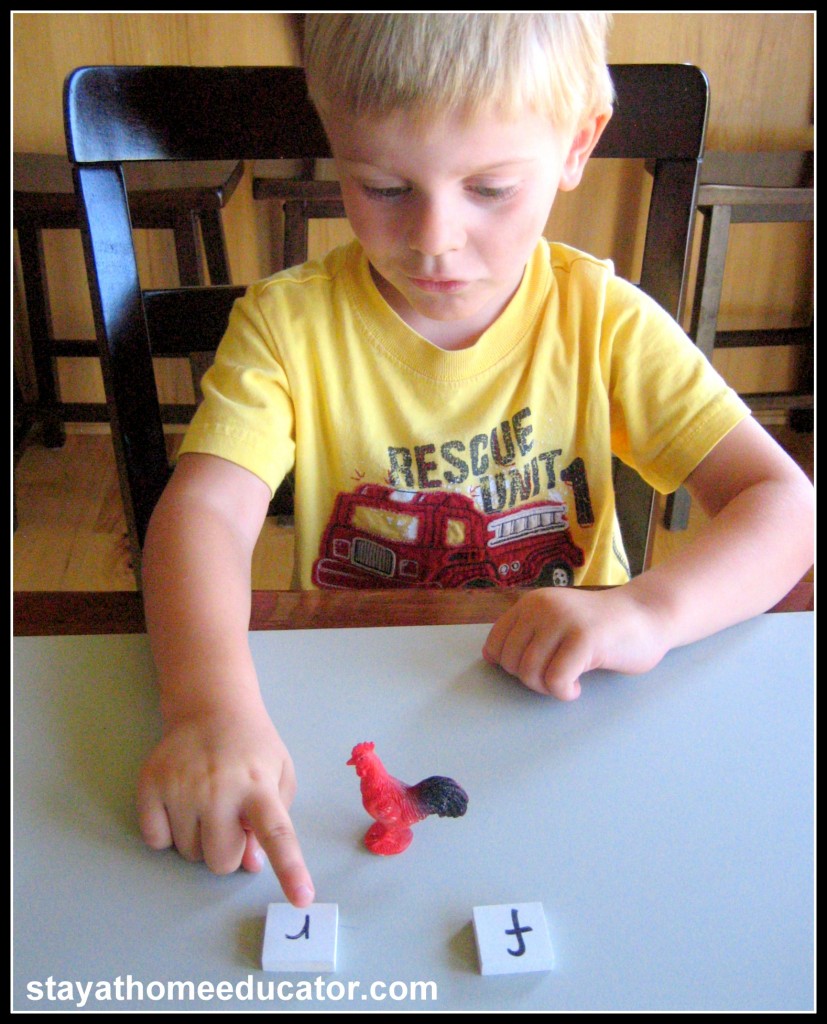 Near the end of our practice, if a sound was very familiar, like the /k/ in cow, I could throw in a third letter and William was still able to choose the correct letter after a few seconds of deliberation.  Eventually, he will reach the point where he can automatically match objects with their beginning sounds. 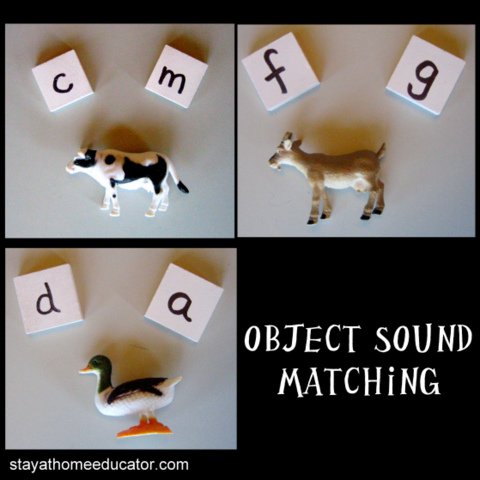 Note: I did not include animals who’s names began with digraphs, like the /sh/ sound in sheep, or the /ch/ sound in chicken.  These sounds have not been introduced to William (and won’t be for a long while), so it wouldn’t have made sense to include those animals.  Although, for older kindergarten students of those in first or second grade it would be appropriate to include digraph tiles to extend this activity.

stayathomeeducator.com/
« Introducing Your Preschooler to Addition and Subtraction
Stacking Blocks and Mathematicians »