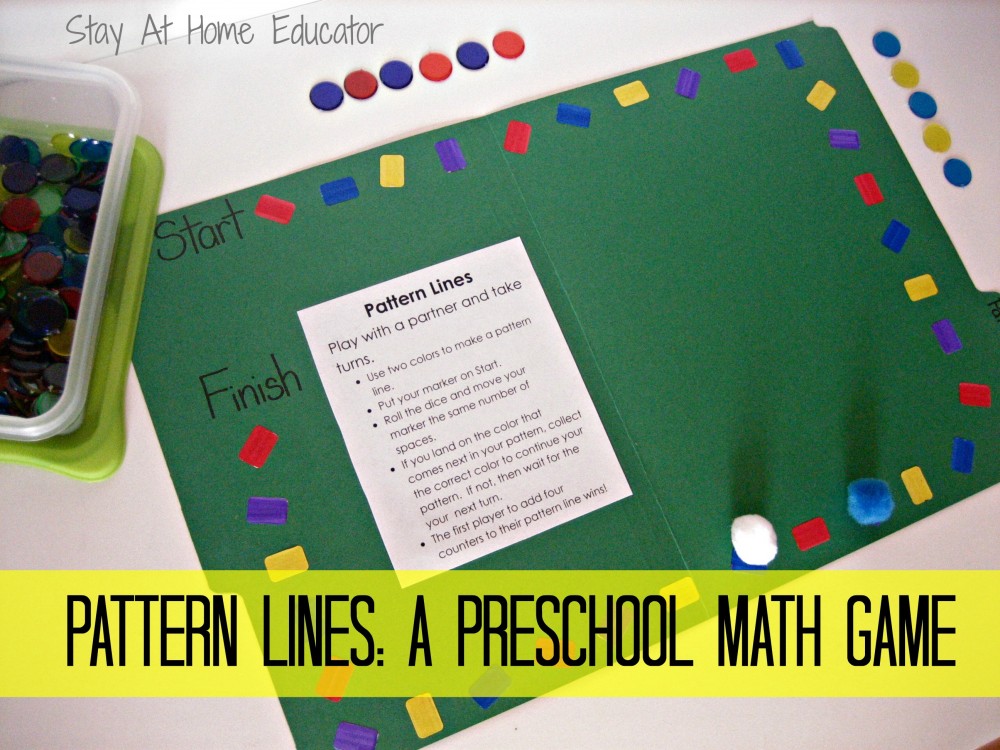 Pattern Lines is a preschool math game I made to teach patterning.  It not only reinforces the first steps of patterning, copying and extending a pattern, but it also teaches children to build their own pattern and then differentiate colored counters to sort through which counter to add to their pattern.

The object of the game is to build an AB pattern of up to eight counters.  Game set up begins with each player selecting two colors of counters and starting their pattern using four counters.  For example: blue, yellow, blue, yellow.  Players take turns rolling the dice and moving their game piece around the board collecting colored counters of the same color as those in their pattern.  If the player lands on a space color that is in their pattern, they collect a corresponding counter and either add it to their pattern or set it aside to add later.  If the player does not land on a space the same color found in their pattern, the player collects no counter and the next player takes his turn.

The game continues until:

2.  a player has added four counters on to their pattern

Depending on your goals, the supervising adult can choose which way to end the game.