Many parents feel rather confident in teaching their child early mathematics skills such as the basics of number recognition, one to one correspondence in counting, sorting activities, and knowledge of shapes.  But…what about addition and subtraction?  I once taught with a teacher who frequently complained about the difficulties of addition and subtraction for her third graders, stating that those concepts were introduced far too early in their schooling.  While I do not doubt that third graders struggle with addition and subtraction (some of my students certainly did), I also do believe that exposure to such skills begins at a very young age, even as young as preschool, before children may even have mastered one to one correspondence, and this exposure can influence enthusiasm and ease of learning as children get older.

Here is a simple and very easy to prepare activity that introduces addition and subtraction to preschoolers.  Supplies needed are some sort of counting manipulative and a deck of numbered cards.  (I used Uno cards). 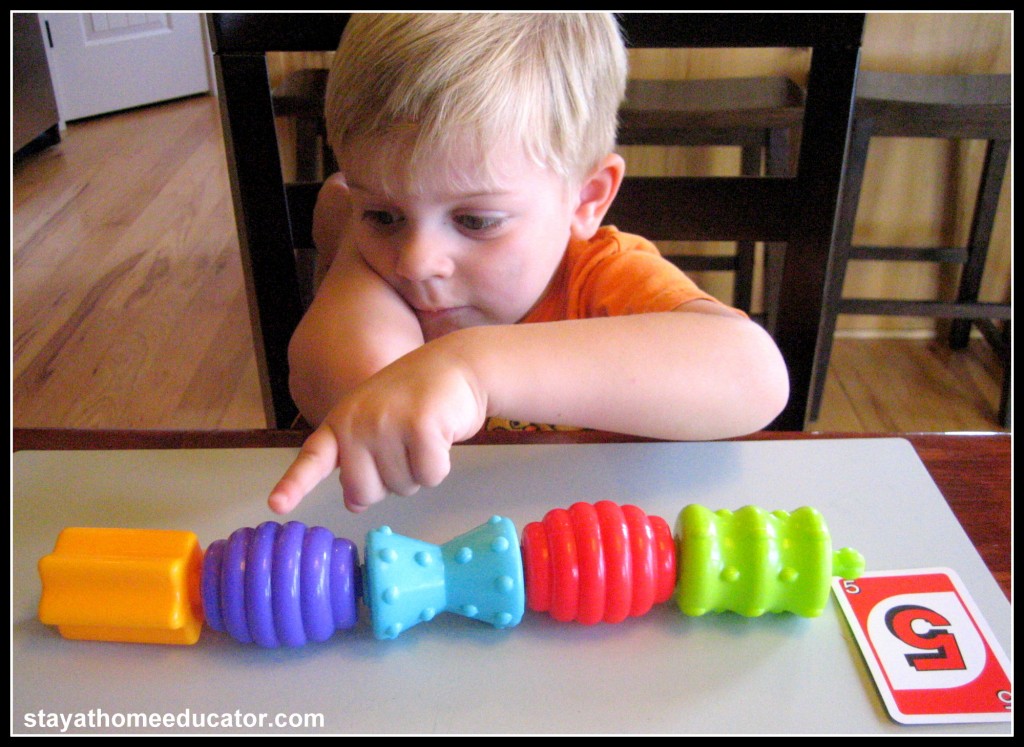 I then asked William to draw a second card.  He identified the name of the number: 2.  We placed it on the opposite side of the mat and then I asked William to take two pieces away from the five. 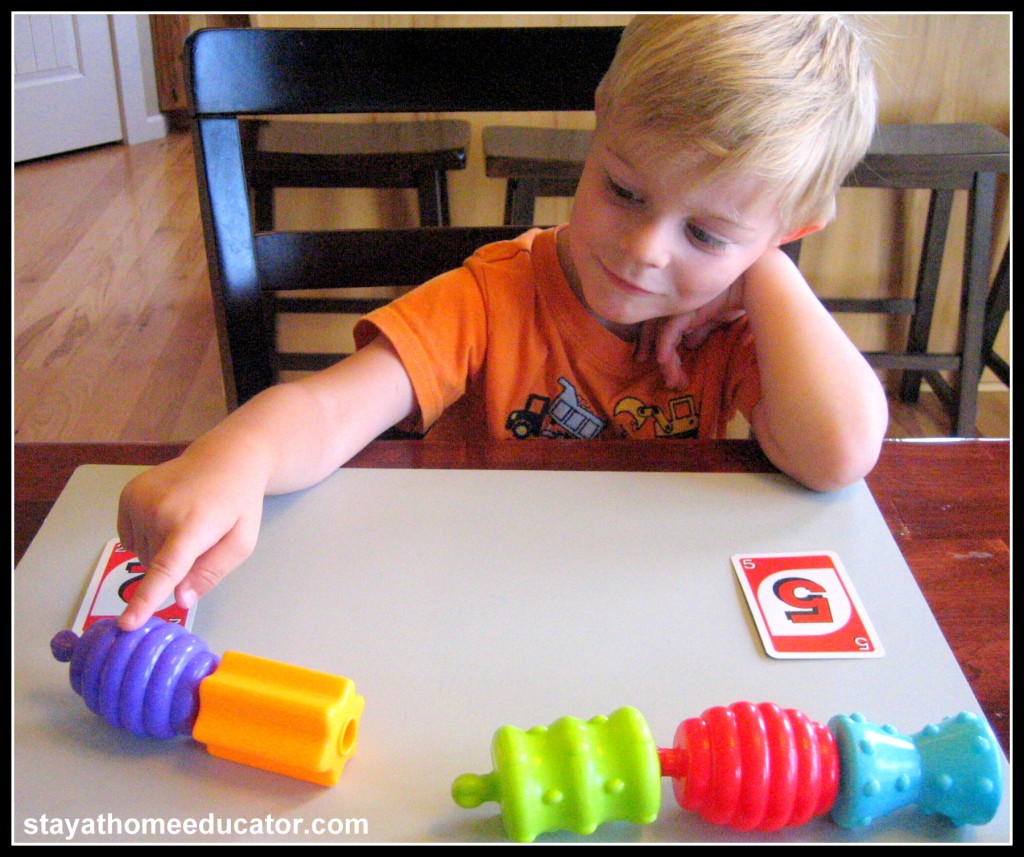 Me: You took two counters away from the five you had.  How many are left now?
William: (Counting the remaining), Five.

Here it is again, step by step, with more pictures.

1. Draw a card and count the manipulative.

2. Draw a second card and place it on the opposite side of the mat.

3. Subtract from the current manipulative set.

We started with five, but took two away.  So now we have three left over.  Five take away two gives us three.

Try the same kind of activity with addition.

1. Draw a card and count the manipulative. 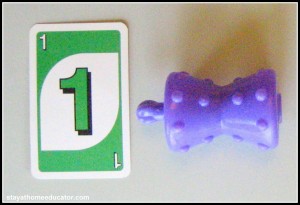 2.  Draw a second card and place it on the opposite side of the mat.

3. Count the  number of the first card, then keep counting until the number on the second card has been reached.

4. Remove the first card so only the second card (with the total) is showing.

5. Count the manipulatives one more time.  It could sound like this:

We started with one piece, but we wanted to have three pieces, so we had to add two.  One plus two gives us three.

I removed a lot of mathematical jargon while talking to William during this activity.  My purpose was to expose William to addition and subtraction concepts and I didn’t want to confuse him  by using words like plus, minus, and equals.  Once we’ve practiced a bit more and solidified these beginning addition and subtraction concepts, I’ll start using more mathematical language.

Try this activity with your preschooler.  Even is he has not mastered number identification or one to one correspondence, your help and modeling in this activity is excellent exposure to addition and subtraction concepts.  I was pleasantly surprised at how long this activity kept William’s attention, which not only leads me to believe that he is ready to learn such skills (with my guidance), but that preschoolers are capable of learning rather difficult concepts if broken down into manageable concepts to practice.

Enjoy!…and let me know how it goes for you!