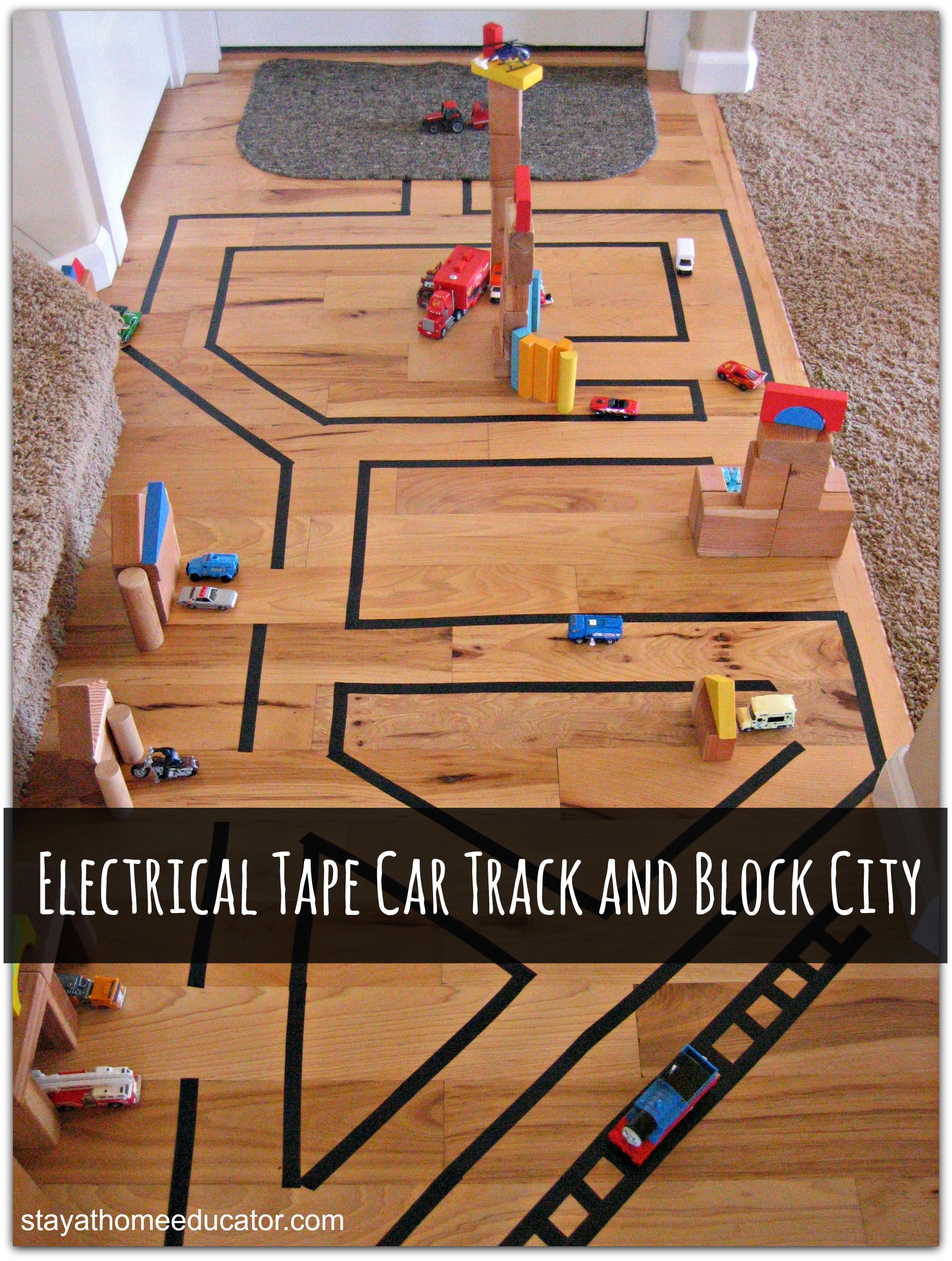 Electrical tape car track and block city came about on a day where Dad left for work early and was not expected until late.  The kids and I needed something brand new and playful to keep us all playing nicely.  Having recently picked up a two-pack of electrical tape from the dollar store, I set out with the kids to make a roadway on the wooden floor.  (I know, you are thinking that in front of the front door and the stairs is a terrible place for such an activity, but I promise this section of wood floor gets the least amount of use).

For this activity, William and Corinne got to be city planners and dictated to me how to roads should appear.  We discussed what ought to be found in any city, such as a bank, library, fire department, police station, grocery store, ice cream shop, and so on, and made outlets for each place to be included.  And, of course, we could not exclude railroad tracks, either. 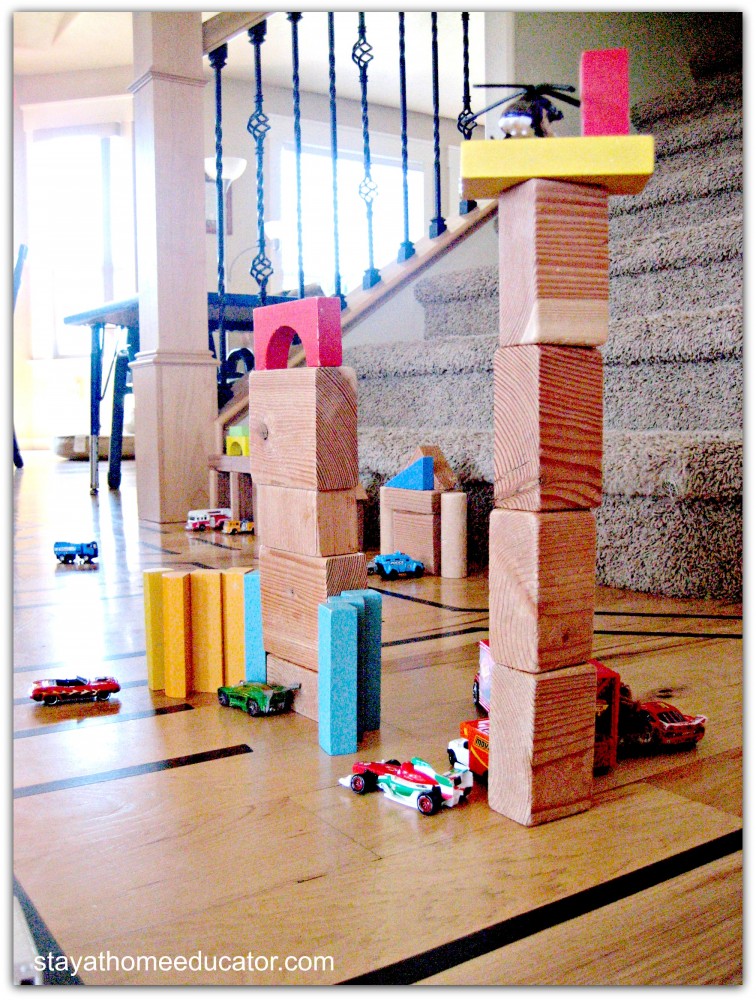 Once the roads had been built with electrical tape, Corinne and William used blocks to build the previously mentioned structures.  Also included was a “green” house for William and a “purple” house for Corinne.  They then added cars to the appropriate locations, fire trucks to the fire station, police cars to the police station, and so on.  From there, the pretend play continued.

This electrical tape roadway stayed on our floor for several weeks, although the block got picked up every night to avoid accidents.  It remains one of William’s favorite play areas.