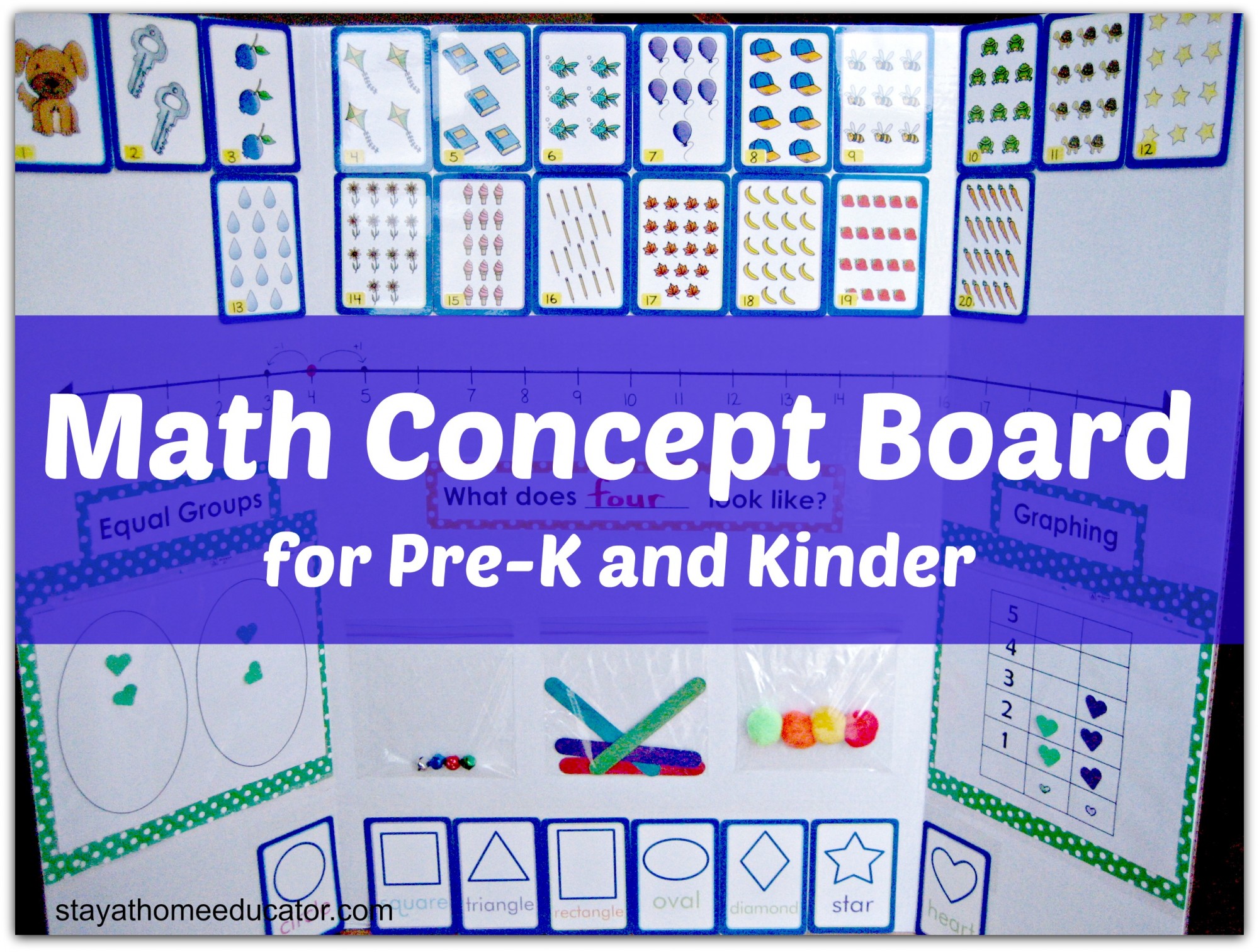 Last fall I shared the circle time board I used in my preschool co-op. 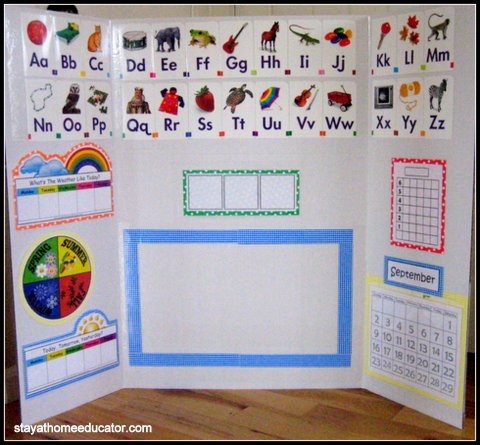 This circle time board was a great way to open each day.  It also made for an easy transition into reading instruction, which I have always preferred to do first thing in the morning.

This fall, I have decided to add a math concept board as a way to practice number sense skills on a daily basis.  I’m hoping to begin math instruction each day by doing our concept board, followed by an easy transition into the daily lesson. 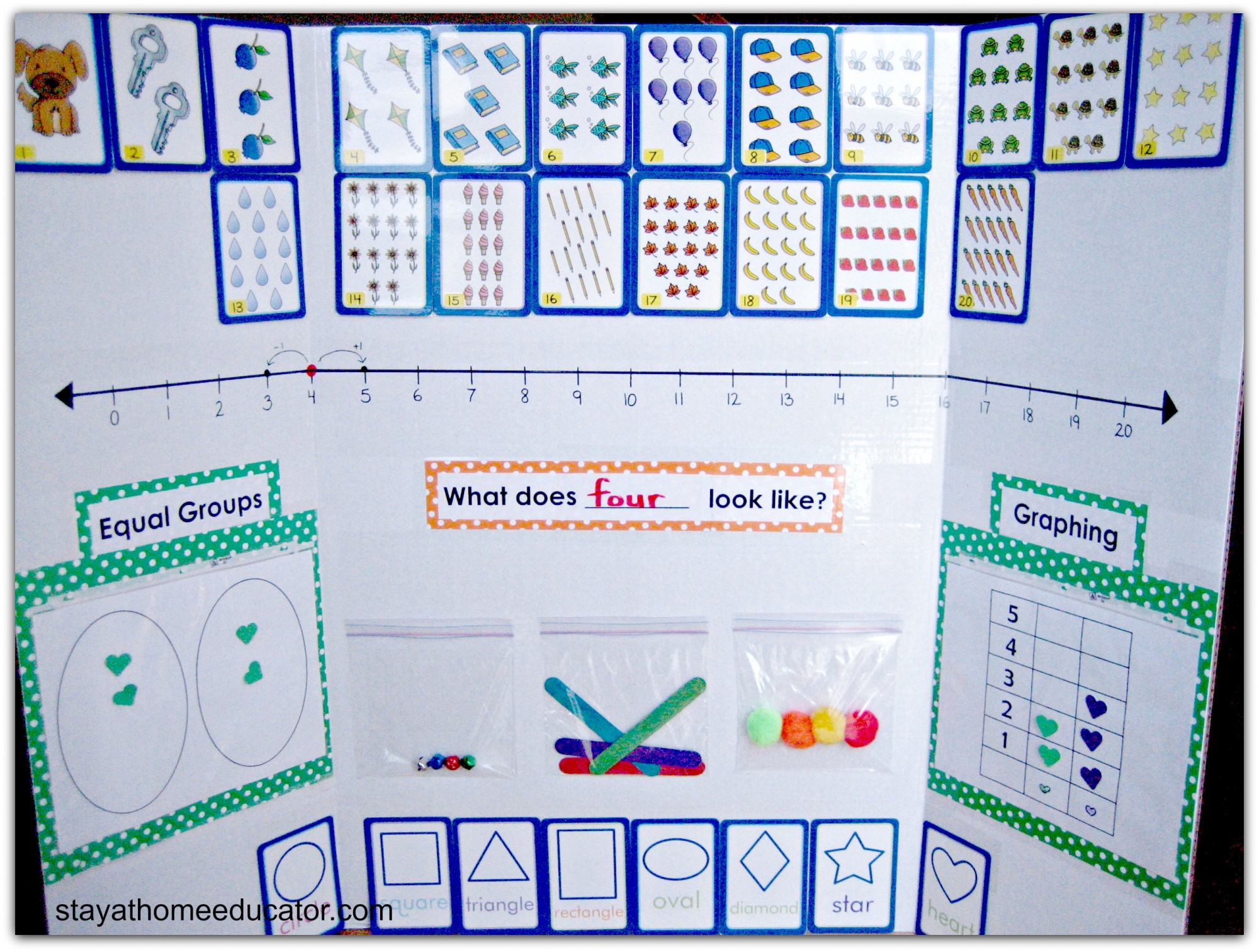 To make sure my ideas would run smoothly in application, I tried it out on William yesterday and was pleased with his response.

We begin each day by saying the numbers on the number cards out loud.  I point to each card as we read the numbers.  I do this for a couple of reasons: 1). to teach rote number order, 2). to demonstrate that numbers can be identified by numerals and by groups of objects or pictures, 3). to demonstrate that any numeral is associated with a specific number, also known as quantification, and 4). to teach that ordered numbers increase and decrease in size.  All four concepts can be taught simply by pointing and saying the number aloud followed by asking a few questions. 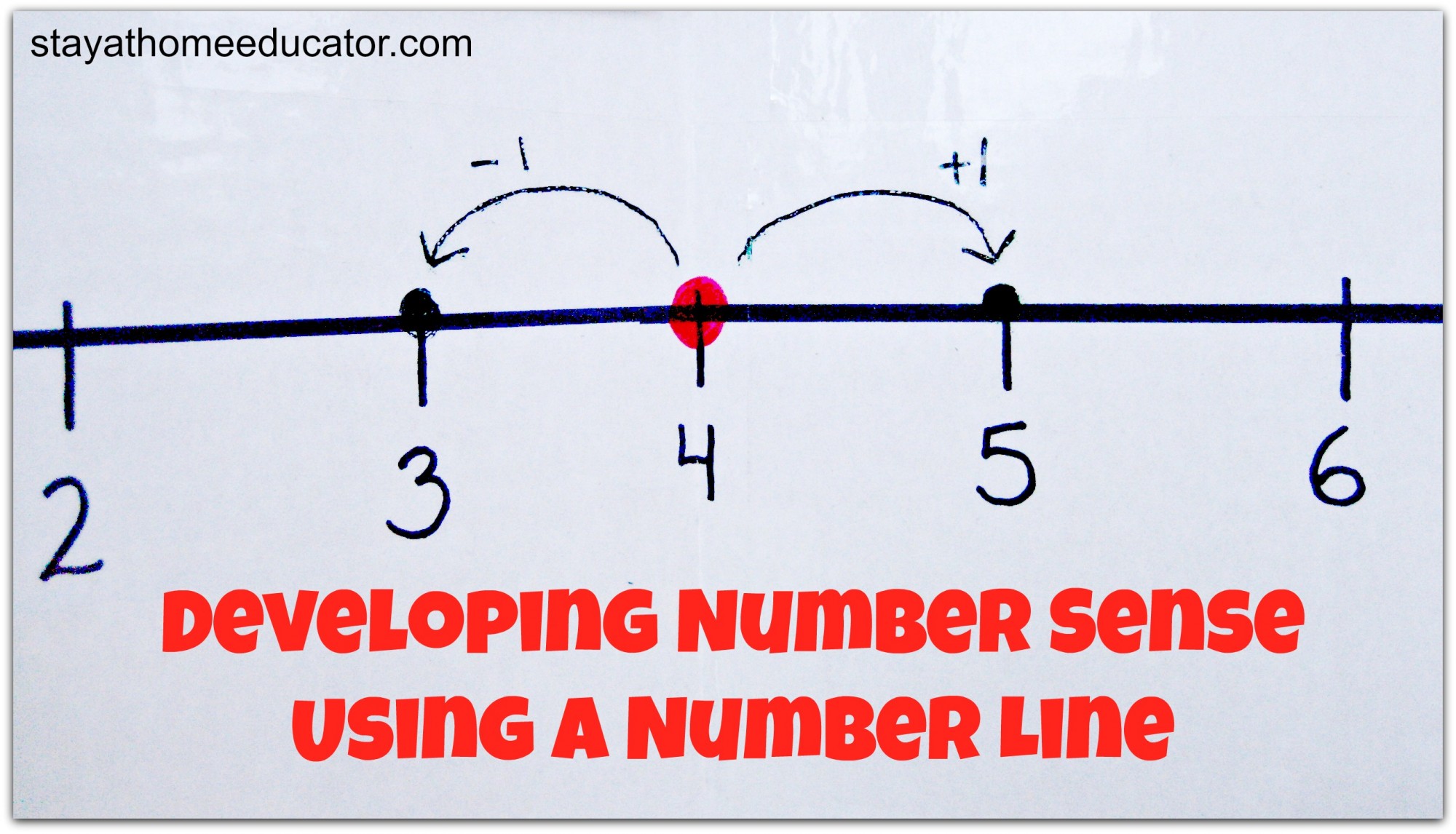 Next, we moved to the center of the concept board and discussed what the number four looks like.  I invited William to count out the number four using three different objects.  Being able to recognize that the quantity of any one number is the same regardless of what is being counted is an important developmental math skill.  I purposely selected objects that were not the same shape and size, which lead us into the discussion of why it looks like there are more pom poms than bells even though we only count four. 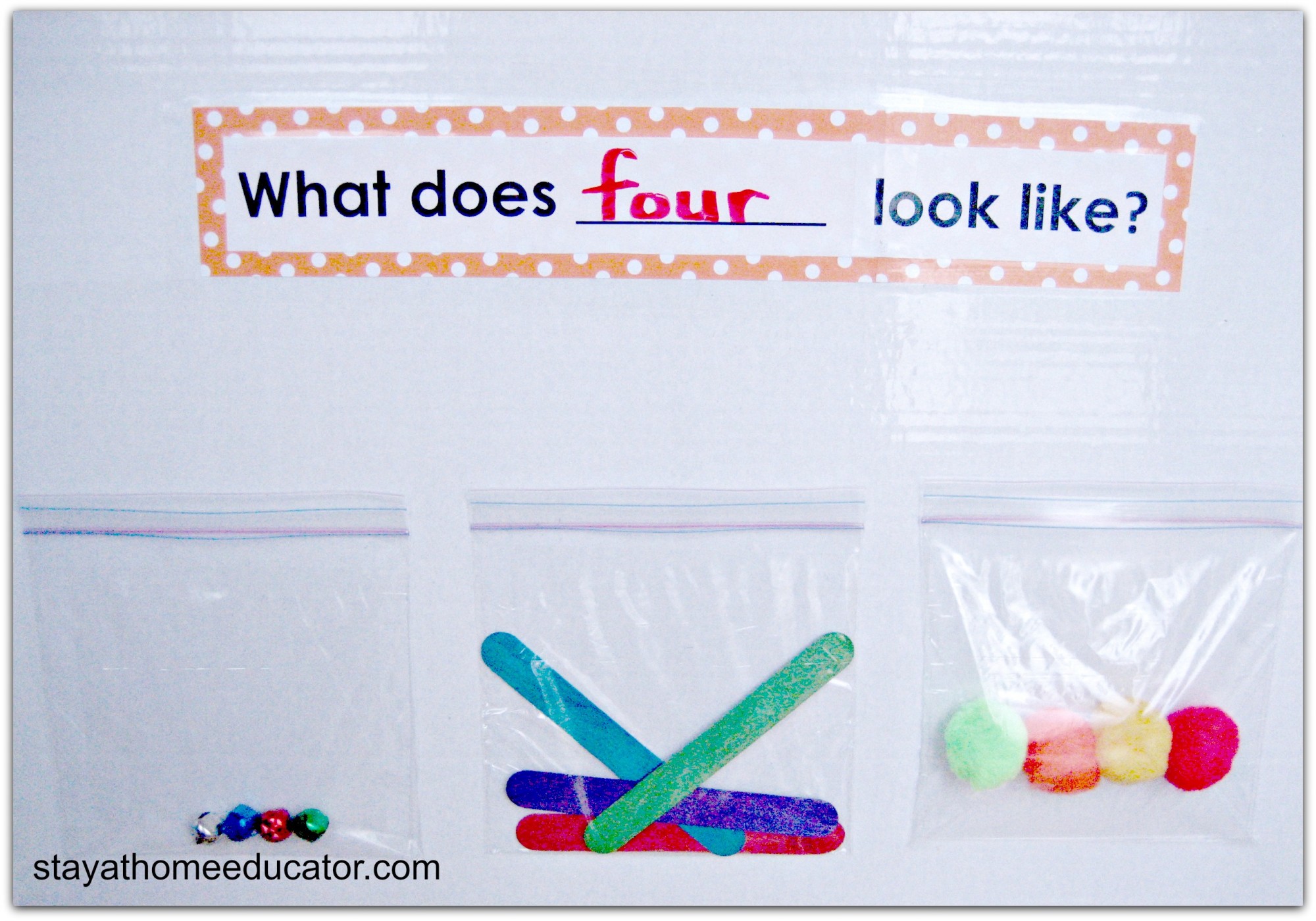 Following that we moved into creating equal groups. The ovals are printed on a sheet of paper and slid into a page protector so that it can be changed out throughout the year, becoming more challenging as William’s skills progress.  I placed four heart cut-outs above the two ovals and asked William to “put them in the ovals so there are the same number of hearts in each oval, to make equal groups.”  This lead us into some valuable instruction about what equal means as I guided William to make the right groups.  I will post more fully on this next month. 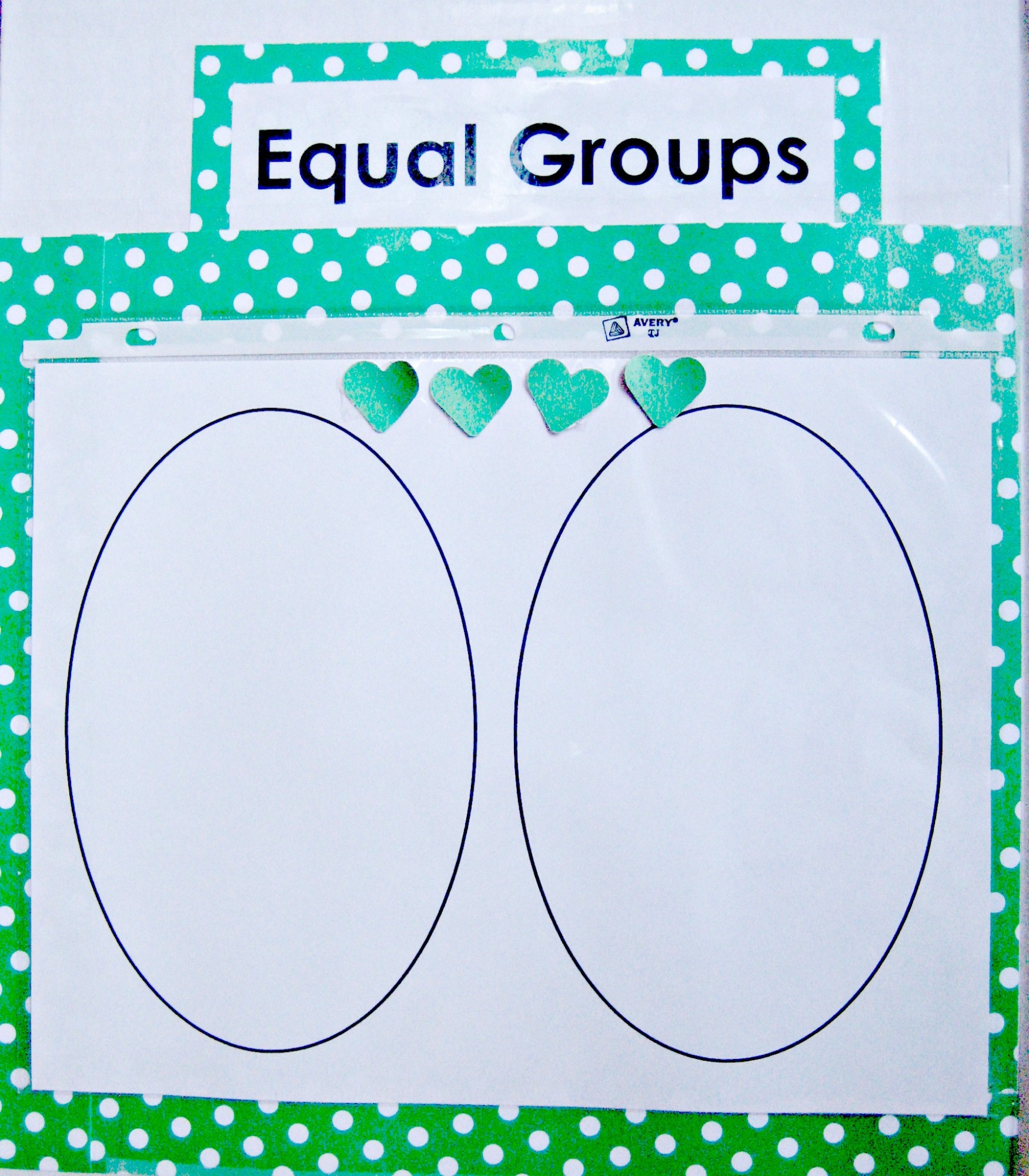 Following equal groups we moved to graphing.  I introduced the graph to William (again in a page protector so that it’s difficulty can grow with William’s skills) and then handed him five hearts.  I asked him to sort the hearts on the graph, which he did.  Then, I asked him to tell me what he noticed about the two lines of hearts.  Our discussion included the color of the hearts as well as that one line was taller which means that it has more. 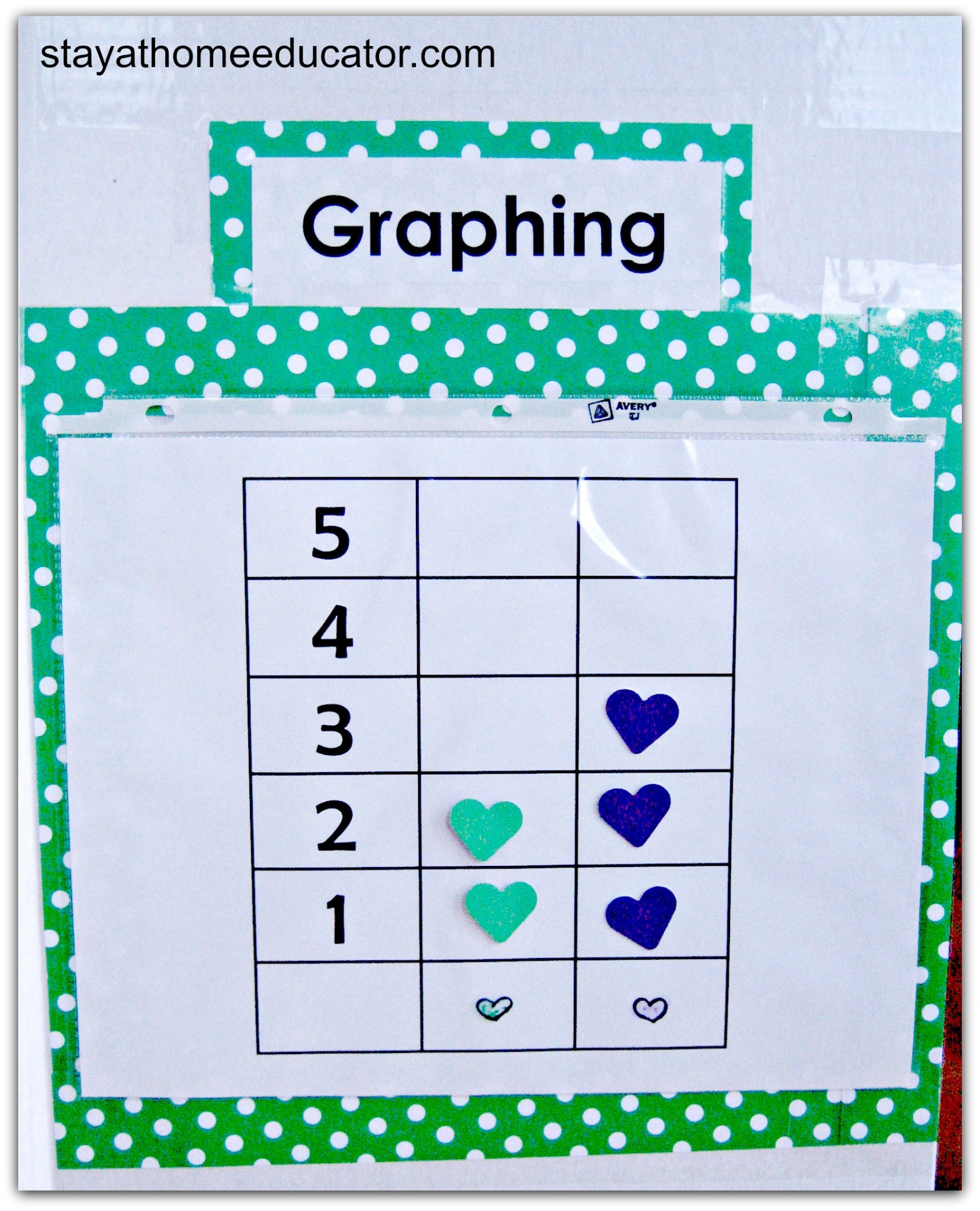 Finally, we reviewed that shape cards at the bottom of the concept board.  I asked William to name each on and we used our fingers to make that shape in the carpet.    William also shared with me things in our house that are of specific shapes.

I’m looking forward to preschool this fall and adding this math concept board to our daily routine.  I’m confident it will be a fun way to increase the students’ number sense skills.  While there is a lot on this board, it only took about fifteen minutes to do.  With practice, this time can probably be cut down to ten minutes, but either way the skills that are gained and reinforced will be well worth the time!