BANG! is a fun and fast-paced letter identification game for preschoolers who are practicing letter names and sounds. All you need is a handful of craft sticks and five minutes and you and your preschoolers are on their way to learning letters. 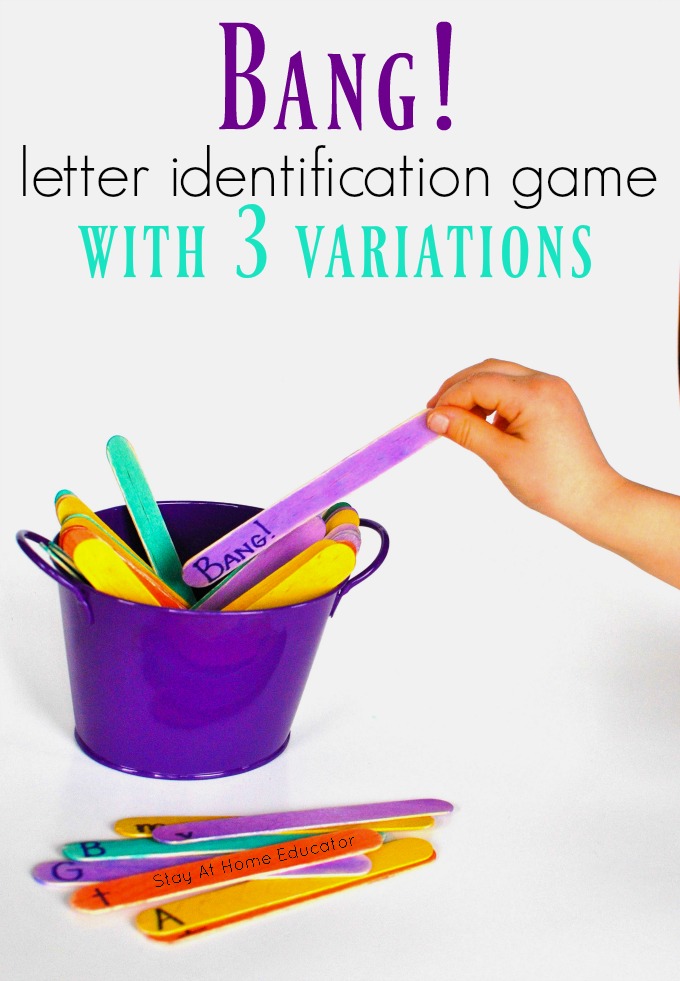 As a preschool teacher I am always on the look-out for new ways to practice old skills, such as letter identification. From stacking letter tiles to matching phonics puzzles or playing “I spy” Letters, new is always fun.

But every once in a while you find a letter identification game that is received so well it gets played again and again and again! I leave this game, Bang!, out with our centers so that my preschoolers can play it at any time.  This also provides the opportunity for a teacher-directed game for small groups to assess letter knowledge.

This game is way, way more fun than simply reading letters from flashcards or off a sheet of paper.

I’m always glad to have tried and tested games for my preschoolers that help develop their letter knowledge. But the best, and I mean the very, very best part of this letter identification game is that there are three variations of difficulty. So one game set can be used with all the children in your class.

It literally takes five minutes to make this game. Well, maybe fifteen minutes if you want to get a little crafty. And by crafty I mean some super quick painting.

Players take turns drawing one stick from the container and name the letter. If the name is correct, the player keeps the letter stick and begins making their own pile. If the letter is incorrect, the player must return the stick to the container and the game moves to the next player.  If a player draws a BANG! stick, that player loses all his letter sticks and must return them to the bin.  (You can also play that all players lose their sticks).

There are two ways to make this game even simpler. You should choose the variation that best matches your student’s knowledge and skill level. 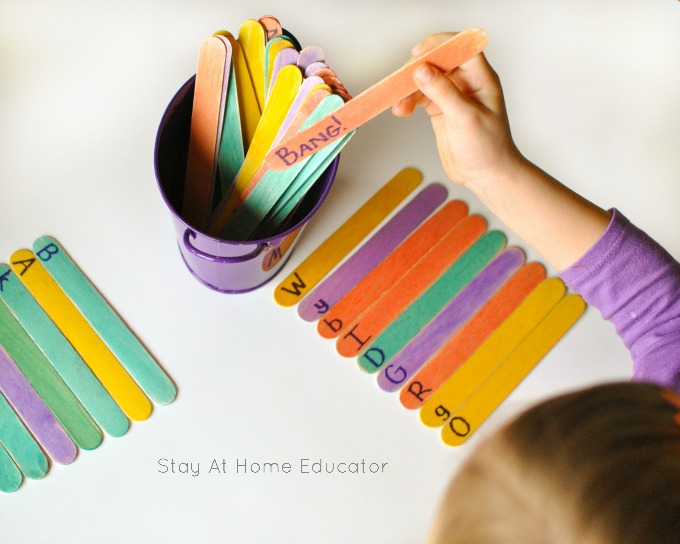 BANG! Letter Identification game can also be played where both letter names and letter sounds are practiced. I like to add a chant when playing this way, something like:

The preschoolers find it extra fun to say the chant. 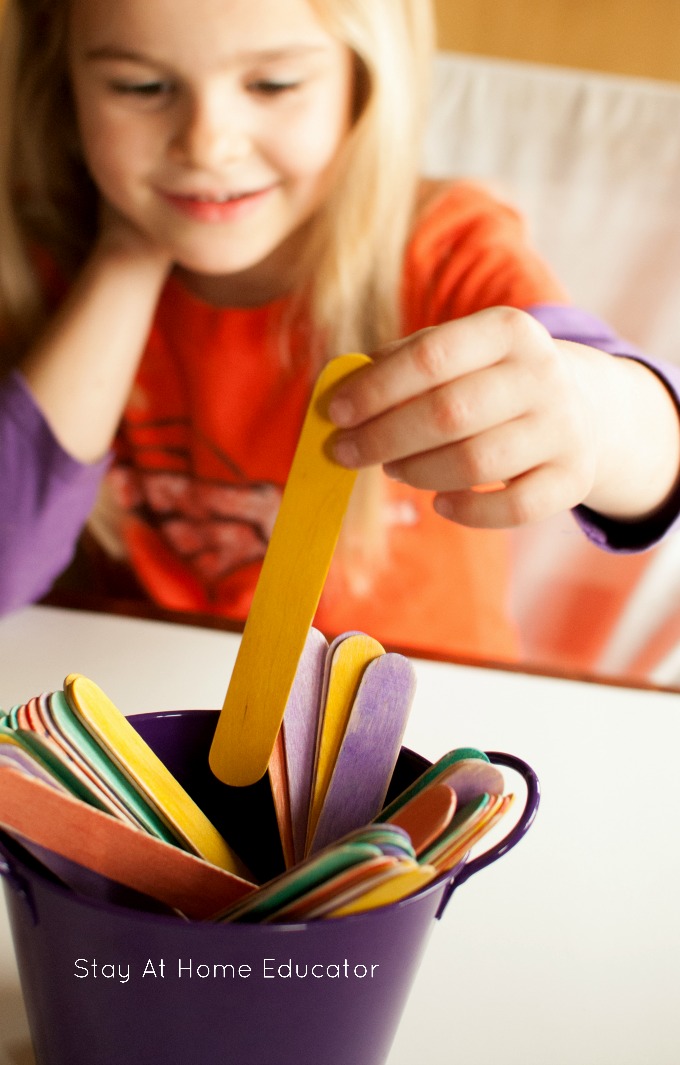 For this variation, each player draws a latter stick, names it, and keeps it as usual. As the turns rotate, players try to make matches in their hand. If a BANG! stick is drawn, the player must return all his sticks to the bin

There are two ways to end the game.

The basic play of this letter identification game can actually be applied to about any concept. Shapes, numbers, colors, animals, the list is endless.

How have you used the game BANG!?